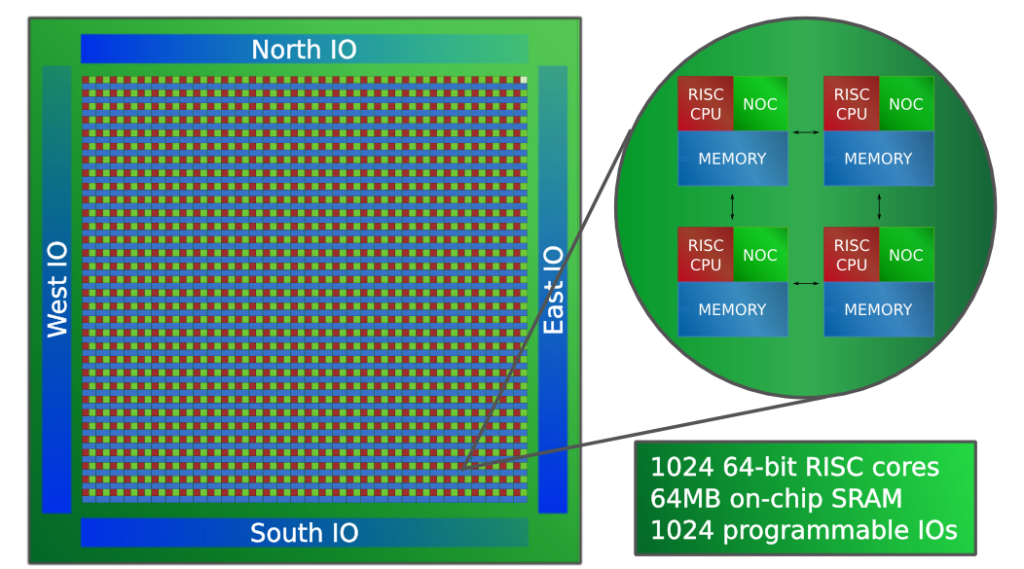 I am happy to report that we have successfully taped out a 1024-core Epiphany-V RISC processor chip at 16nm.  The chip has 4.5 Billion transistors, which is 36% more transistors than Apple’s latest 4 core A10 processor at roughly the same die size. Compared to leading HPC processors, the chip demonstrates an 80x advantage in processor density and a 3.6x advantage in memory density.

Chips will come back from TSMC in 4-5 months. We will not disclose final power and frequency numbers until silicon returns, but based on simulations we can confirm that they should be in line with the 64-core Epiphany-IV chip adjusted for process shrink, core count, and feature changes. For more information, see report below:

This research was developed with funding from the Defense Advanced Research Projects Agency (DARPA). The views, opinions and/or findings expressed are those of the author and should not be interpreted as representing the official views or policies of the Department of Defense or the U.S. Government.

Pipelines on the Epiphany

Pipelines on the Epiphany