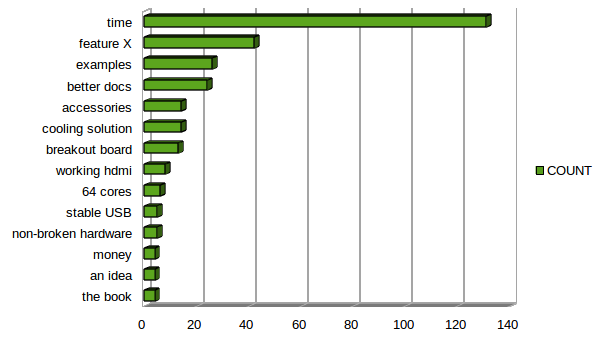 The responses from our recent open response Parallella customer survey are in. Thank you to the 300+ of you who filled out the survey! Your feedback will help all us improve Parallella for all 10,000 Parallella users. The open response question was simple:

“What do you need in order to get going with your Parallella project?”

As a result of this survey we will be taking the following actions: